The long awaited announcement of the next installment of the post apocalyptic video game series, Fallout, looks set to be announced tomorrow night, with the company behind the game, Bethesda, launching a new website with a countdown clock that looks set to expire at midnight (AEST).

The announcement of Fallout 4 has been years in the making and even subject to multiple hoaxes and conspiracy theories as to when the next installment of the legendary wasteland warrior series would return.

Fallout 3 was released in Australia in 2008 and quickly became a massive sensation for gamers, due to its open world capabilities, its incredibly variable storyline based on decisions and impulses of the gamer, and its literal hundreds of hours of game play time (I think I spent 118 hours playing it the first time round).

Rumours are that the reveal will even involve a cinematic trailer created by Guillermo Del Toro’s production company.

Bethesda is also set to hold its first ever conference at E3 in two weeks time, where they will hopefully be showing gameplay footage of the new game.

Either way, I’ve got my Pip-Boy at the ready. 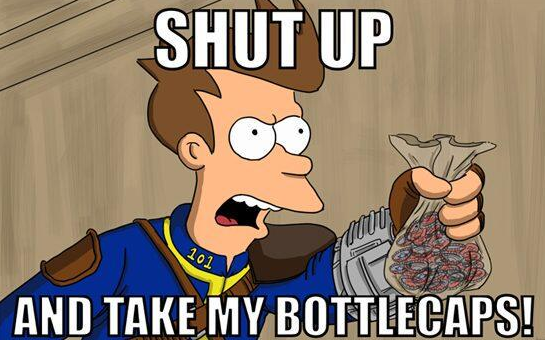