Here we are again. Game Of Thrones season five has ended. As per usual, not much happened in the first five episodes, a bunch of main characters died in the next five, Daenerys’ dragons showed her about as much respect as a bunch of uppity beagle and a lot of people complained about the fact that, “that didn’t happen in the book.”

But alas, GoT is done for the year and considering that Breaking Bad and Mad Men have both come to an end, House Of Cards’ last season was a bit shit and won’t be back for ages longer, and you’re already, disturbingly, about to finish OITNB season 3, so you’re probably going to be looking for some new shows to devour in your downtime.

But who said you had to turn to new shows? There are some perfectly amazing dramas just lying around on Netflix, online or in the cheap DVD bin at JB Hifi just waiting to be snatched up and devoured. And to tell you the truth, they’ve all got a shitload better acting than anything in Game Of Thrones has ever tried to cover up with boobs, dongs, dragons and daggers.

So here are five fantastic shows every bit as worthy of your Monday night’s viewing – or any other night for that matter.

If you haven’t had enough of serious and unforeseen twists, characters dying without warning and incredibly powerful female leads, then Damages is the show for you. Starring Hollywood icon Glen Close and Australia’s own Rose Byrne, the series follows the electrifying and tumultuous lives of two criminal defence attorneys who plot and play against each other in a life or death struggle for dominance over the other. The series evolved gradually over its five season run, covering a new, disturbing case each year – often inspired by current themes of major contemporary criminal cases being carried out in the media – but the battle between Patty Hewes (Close) and Ellen Parsons (Byrne) was the real draw card, with neither game to pull the knife away from the other’s jugular.

It also had one of the best theme songs and intros of all time:

When GoT was first announced, a lot of outlets were touting it as “The Wire with swords.” The Wire is arguably ranked with The Sopranos as the greatest television show of all time. Even President Obama nominated it as his all time numero uno – and with great reason.

Set in Baltimore over five seasons, the show perfectly documented the chaos of the war on drugs from multiple perspectives – the cops, the dealers, the politicians, the schools and the media – and delivered one of the most engaging, nuanced and heart-breaking shows to ever screen. Like GoT, it would repeatedly kick in you in the gut as you quickly found out that a life of crime meant no characters are ever safe – and these were some of the greatest characters ever created – McNulty, Bubbles, Stringer Bell, D’Angelo Barksdale, Omar, Snoop, Avon Barksdale, Bodie, Wallace, Bunk, Cutty, Kima – sheeeeeeeeeeet the list goes on forever.

And if there’s one scene that always comes to mind on why it’s essential viewing, it’s the infamous “fuck scene” where two of the show’s lovable Buddy team of McNulty and Bunk (if you can call a couple of drunk, womanising arseholes lovable), solve an entire homicide without saying much more that “fuck,” “fuck me” and “mother fucker.” Watch it here. 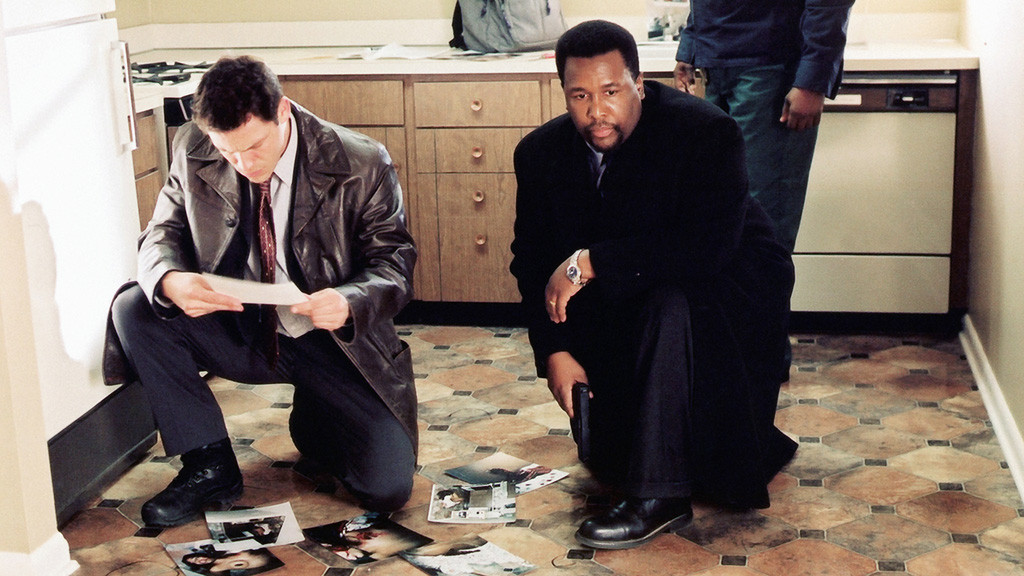 However much gore and guts you’ve seen in the five seasons of GoT, there’s never been a show with more violence and more strangely eloquent swearing packed into three seasons than the Shakespearean-esque tale set in the wild west that was Deadwood. Again, an exceptional cast, lead by Timothy Olyphant and Ian McShane who shot, punched, swore, fucked and drank their way through the savagery of the infamously lawless city of Deadwood, South Dakota. Deadwood was an examination of not just history but the morality of humans who are forced to interact with one another without any legal consequences for their actions. And if it weren’t other citizens of Deadwood that could kill ya, it could be sickness, industrial accidents or even Indian raids.

Deadwood was poetic, cinematic and utterly captivating. But it was its grand scheme that ultimately proved to be its downfall, leading to its cancellation well before its time after its huge budget and poor ratings took their toll. But if it had have been allowed to live till its dying breath, it would have rivaled the best of them. Especially when it had scenes like this one that could have been short films in and of themselves.

Inspired by the stories of great American fiction writer Elmore Leonard, Justified shared more than a few traits with Deadwood – including leading man Timothy Olyphant and several other cast members throughout the show’s five season run. Essentially a modern day western set in Harland County, Kentucky, Olyphant played Deputy US Marshall Raylan Givens – a similar quick draw law man to his Seth Bullock Deadwood character. But where Bullock was a hot head, prone to outbursts of rage, Givens was one of the coolest, most collected TV characters of all time. It was his charm and charisma in the face of the threat of death time and time again that gave him the aura of a kind of ninja in a Stetson hat. An excellent supporting cast – particularly journeyman actor Walton Goggins (The Shield, Sons Of Anarchy) as Givens’ arch rival Boyd Crowder – along with incredibly entertaining pulp fiction plot lines and a new “boss” every season, led the series to be one of the best guilty pleasures in the golden age of TV. It may never rank up there with the greatest of all time, but God damn it was fun to watch.

British crime dramas are a dime a dozen. So for a show to set itself apart and do so spectacularly, it has to be a pretty special presentation. Luther, starring the formidable Idris Elba (The Wire), elevated British crime drama to a new high, as the volatile serial killer hunter, John Luther, let nothing stand in his way to deliver justice across three seasons. His love/hate relationship with psychopath Alice Morgan (Ruth Wilson – The Affair), was the best cop/killer crime-solving team since Hannibal Lecter and Clarice Starling, and there was never a dull moment, with multiple main character deaths, surprising twists, and Luther’s complete disregard for police station property.

When the series wrapped up in 2013, it felt a little under cooked. So it’s exciting to hear that filming on a two-series special wrapped up in April with plans to screen later this year. Government issue computers beware.