But few people have realised just how fascinating the results would be if the cameramen did a brief 180 and focused on the sweaty masses behind them. Those that have forced their way to the front of a moshpit (sometimes through sheer physical force and sometimes though being very, very patient) to reap the reward of a shower of sweat and a kick in the teeth are some fascinating characters. They are also fascinating characters completely checking their inhibitions and identities at the door. They also sometimes are wearing corpse paint.

Based in Sydney and born in Broken Hill, Bezzina has been doing photography for a long time, often of bands, but his decision to turn around and capture the crowd might be a monumentally successful one. Bezzina is reaching out to the public to help raise funds for a book titled Release The Crowd. With a little luck (and some of your cash) he will also tour the book as an exhibition next year. 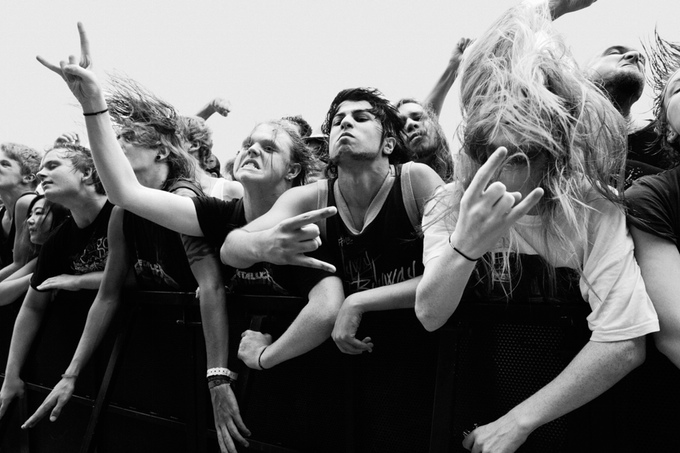 “Live music has the power to free people of their inhibitions and provides a platform to express their passion in a shared environment” Bezzina has explained about the book that fully explores the curious and passionate people that have lead me to recently propose that crowd-watching at large scale music festivals might have inadvertently become more exciting than many of the bands.

Writer Toby McCasker made an even more eloquent observation, “People are fucked and fucking beautiful, but like Depeche Mode sang one time, ‘People are people.’ We don’t get to feel that truism come to life on the streets or at the office or even across from one another in a café. It happens here, at the apex of sweat and sound, when shields come crashing and we stand on them, neither black or white but the gradients in between where nothing means anything except the present intense. You are not your colour. You are not your age. You are not your sex. You are not your disability. The only thing you are is alive, and someday you won’t be that, either. That’s OK. What a ride.” 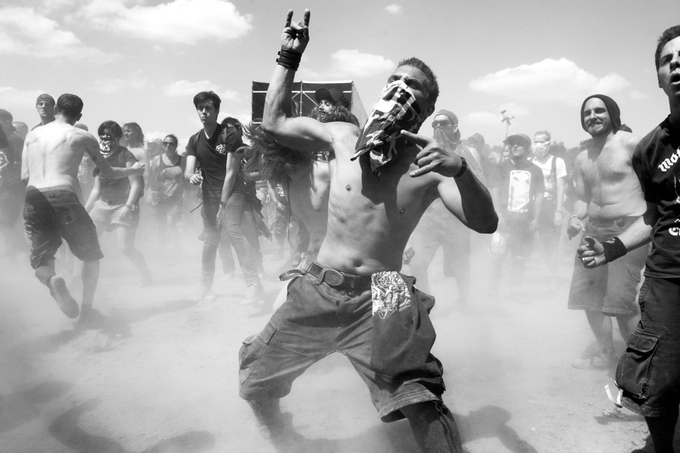 You can contribute to the making of Release The Crowd over here.